Who would have thought that going to watch radio controlled airplanes on a summer day would change my life, but it did!!

I began my flying career at the age of 7. I remember it clearly as if it happened yesterday. My brother and father had begun flying a year before, but because I was not a pilot, I could not be on the flight line, so I had to stay behind the fence and watch the fliers. A gentleman walked up to me and asked me if I knew my left from my right. I told him yes, and he asked if I would like to fly. Of course I said yes! This would be the conversation that changed my life. This gentleman’s name was Dave George, and I cannot thank him enough.

I actually learned to fly by looking at the radio and just giving inputs as he would tell them to me. This way, I would not worry about the airplane heading toward the ground when I first began flying. I did this for the first couple flights. When I began to look at the airplane, I would still listen to Dave and give the inputs as he told me to. He and another member of the club, Paul Flocarri, took me under their wings. About six months later, I was signed off to fly on my own and was having a ball flying.

A few years later at our local field, one of our friends, Bob Kane, asked my Dad if he could take me to a Pattern contest in Florence, Kentucky. I had been watching Bob and practicing the Novice pattern sequence. It was my first contest and I finished dead last, but boy did I have fun. From that day on, I was hooked!!

I was lucky that my dad and brother were interested in Pattern and we traveled all around our district flying in contests meeting the most amazing people. When the first season was completed, I knew this is what I wanted to do and decided I wanted to get a bit more serious about flying Pattern, so my Mom and Dad got me a USA Star to fly. The airplane looked so cool and was just such a good-flying model. 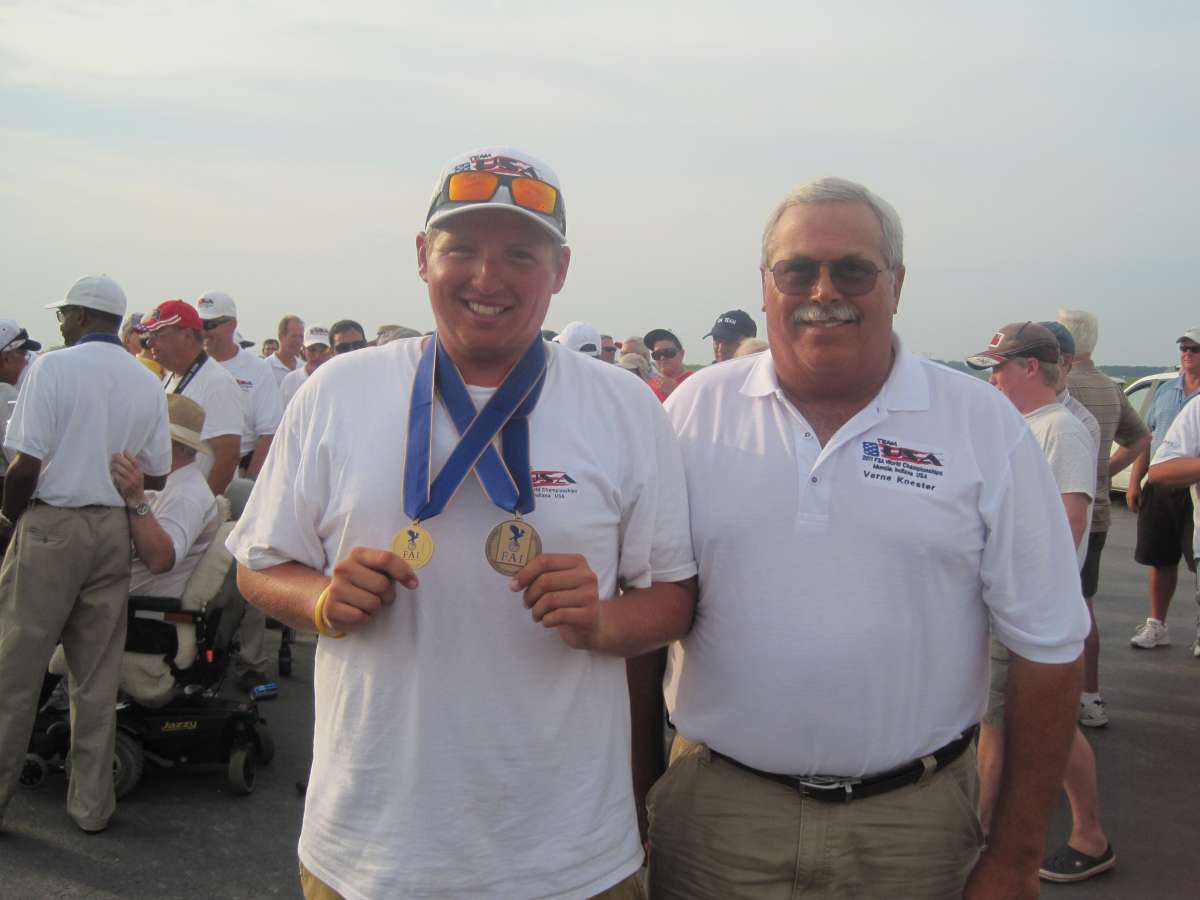 I continued to fly Pattern and entered my first Nationals in 1998 in Sportsman, now Intermediate class. I didn’t do all that well, but it was fun and I got to meet people from across the country. I stayed in Sportsman for another Nationals, and then I moved up to Advanced. I stayed in Advanced, and in 2001, I won my first NATS championship.

All of this wouldn’t have happened if it wasn’t for many people, but especially my parents and Verne Koester. My parents would drive me out to the field where Vern would coach me. He really helped put the polish on my flying. In 2002, I flew Masters and was lucky enough to win the Nat’s against some really great pilots.

2003 was my first year flying in F3A against the likes of all of my heroes. It was a treat in itself just to be able to fly with these guys! I won my first F3A National Championship in 2009, what a feeling, since this was a goal of mine since I started flying Pattern. I again won the F3A National Championship in 2010, 2012 and 2014. All of this would not be possible if it wasn’t for the amazing support group I have.

Another goal I had set for myself was to be able to compete for our country in F3A flying. That dream came true in 2007. I placed 3rd in the Nationals for the team trials, which allowed me to be part of TEAM USA and to compete in my first F3A World Championship, which were held in Argentina. It was a special year for me because I got to fly with Jason Shulman and Quique Somenzini. I would call both these guys very good friends and to watch Quique win in the finals was just awesome. The team took the Silver medal, finishing second in this contest, but what an amazing experience it was that I will never forget.

I have since been able to compete in the 2009 F3A Worlds, which were held in Portugal, and the 2011 Worlds, which took place in Muncie, Indiana. Muncie was especially exciting for me because I was able to stand on the podium with a 3rd place finish. We were also able to win the Team Championship in 2011. It was such a great experience for that to occur among the US supporters at the event. In 2013, Jason Shulman, Brett Wickizer, Joe Szczur and I went to South Africa to compete in the F3A World Championships where we were able to repeat our 1st place win for the Team and once again, I had the honor to stand on the podium. In 2015, the same team will be heading to Switzerland where the F3A Worlds will take place. As with anything, there is a lot of preparation that goes into these events and I have already started preparing and planning for the trip.

I have been fortunate to be able to compete in great events, such as Clover Creek, the Tucson Shootout, XFC, and ETOC, and to win or place in these amazing competitions, but to get there, I set goals for myself and worked hard toward those goals. My philosophy is to set your sights on what you want to achieve and work toward it to make it happen! Sometimes it takes a lot of sacrifice and hard work to make things happen, but it is a must if you want your dreams to come true. Many people may not know, but I usually fly six or seven days a week during the summer, six flights a day. I have also been known to fly in the winter too. This all takes place after work, so that does not leave much time for anything else, but it is a sacrifice that I want to make because of different goals I have set for myself. 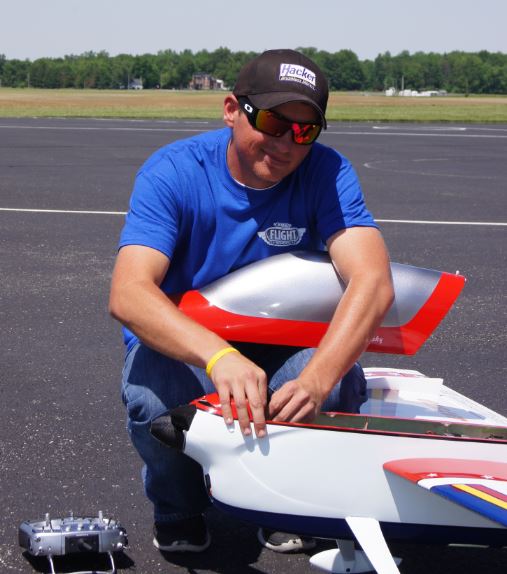 Click here to check out airframes designed by Andrew!

When I was younger, I played hockey. My position was defenseman, which I played from the age of 8 to 18, and I have the scars to prove it. I broke my wrist on my first check and have approximately 75 stitches on my knees. Not only do I still enjoy playing hockey. I also like to watch hockey; I am a Detroit Red Wings fan…Go Wings!!

I also used to play baseball. One of my prized possessions is the ball I pitched at a no-hitter game at the age of 9. When most kids were young, they would be watching cartoons, but not me. I was watching ESPN!! I love sports!! I remember times when my Mom and Dad would drive me from a baseball game to a hockey game all in the same day.

I currently work as an UAV operator for Textron Systems out of Dugway, Utah. Who would have thought that flying toy airplanes would have led me to this career path! Recently, my Dad, my brother, Joe, and I started our own airplane company called AJ-Aircraft. I have been designing airplanes for a while now and we thought it was time for the Jeskys to give back to the RC community because so many people have been wonderful to us. I would like to thank all of those who have helped me in this hobby; they know who they are, and without them, I know I would not be where I am today. I cannot thank them enough.

Remember, there is nothing you can’t do. It just takes work and dedication, but the most important thing to remember is to have fun while you are doing it.