RotorDrone Magazine: Anatomy of a Radio

As you become more involved with multirotors and the sophistication of your aerial vehicle increases, you will get to a point where you will start using higher-quality radio systems. Many multirotors come with a dedicated transmitter that’s programmed to work with that rotordrone. For aircraft that are built from kits or come in almost ready to fly or bind and fly packages, you’ll have to supply your own transmitter. there are several programmable radio systems available and to demonstrate the basics, we’ve chose the popular 10J radio system from Futaba. All modern radio systems operate on basically the same principles and differ mostly with how their programming menus are navigated. Relatively simple in operation, transmitters (and their internal components) can be a little intimidating for first-time user. this overview explains what the main parts are, where they’re found and what the basic functions are. 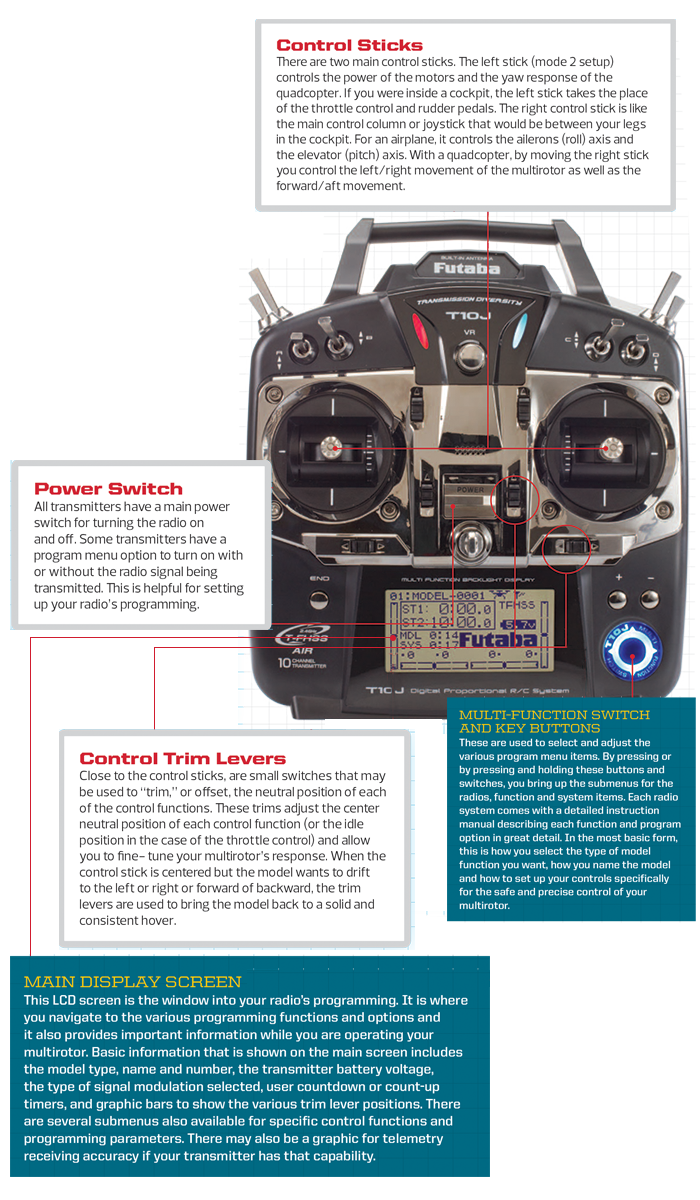 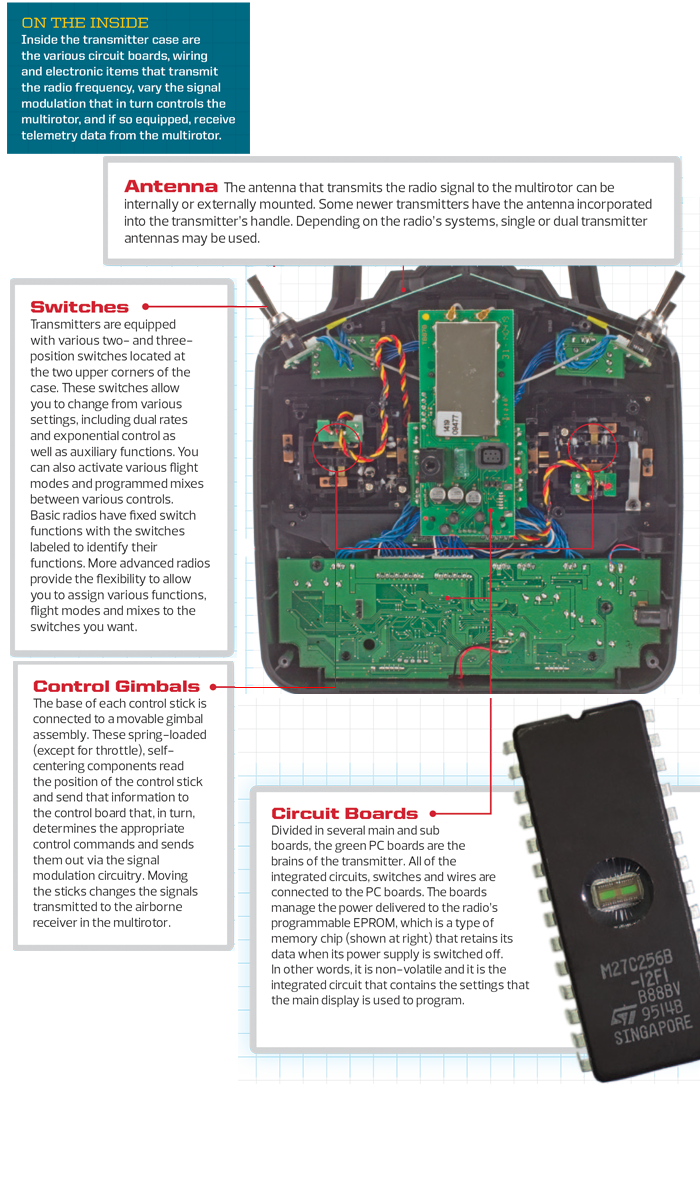 The little electronic box that “hears” the signal sent to it by the transmitter is called the receiver. Its job is to receive the radio signal, translate it into the desired flight commands, and then convert it back into the proper signals to move the various servos and provide the rotors’ speed information to the flight motors. Most of today’s RC radio systems operate on the 2.4GHz frequency band and for the transmitter and receiver to work together, you have to “bind” or link the receiver to your particular transmitter. Once this is done, the receiver will only accept the specific coded signals sent to it by the linked transmitter. This type of signal modulation completely eliminates any change of radio interference from other RC transmitters operating in the same area. The receiver can be powered by a separate battery pack or by an electronic speed control that is equipped with electronic circuitry that provides power to the receiver and servos from the main battery. 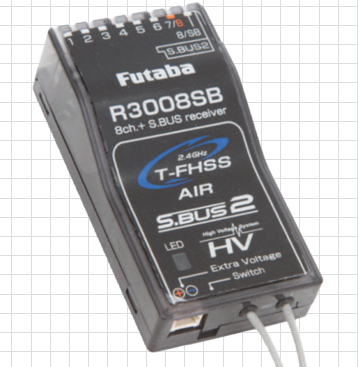 On the back side of the case there is the battery compartment cover, the Trainer “Buddy Box” connection jack, a 3.5mm earphone plug for listening to telemetry data and an S.Bus connector for advanced servo and telemetry module setup.

Once you enter the radio’s programming menus, you can call out and select several sub- menus, where you can enter your changes and selections. Some of the basic sub-menus include those for setting up the various servos for control throw and direction as well as sub-trims for fine-tuning the center point of the servo. You can also adjust control rates and the sensitivity around the center of the control stick movements. There are sub-menus for selecting the model type, which gives you the choice of airplane, glider/sailplane, helicopter, and with the Futaba 10J, multirotor programming. Like any other type of advanced electronic device, programming your RC transmitter becomes easier with continued use –- and watching multiple YouTube videos! With increased experience comes a better understanding of what’s possible.

The main display shows you all the sub-menus so you can make the required adjustments. Here you see two of the specialty S. Bus receiver setting screens. 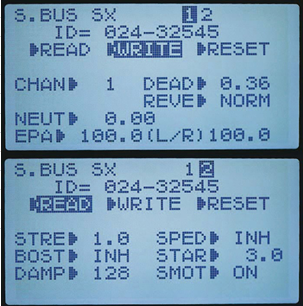 There are many brands of transmiter and radio systems available with various options and with different numbers of channels.