How Do I Select a RC Trainer: Flyzone Sensei? 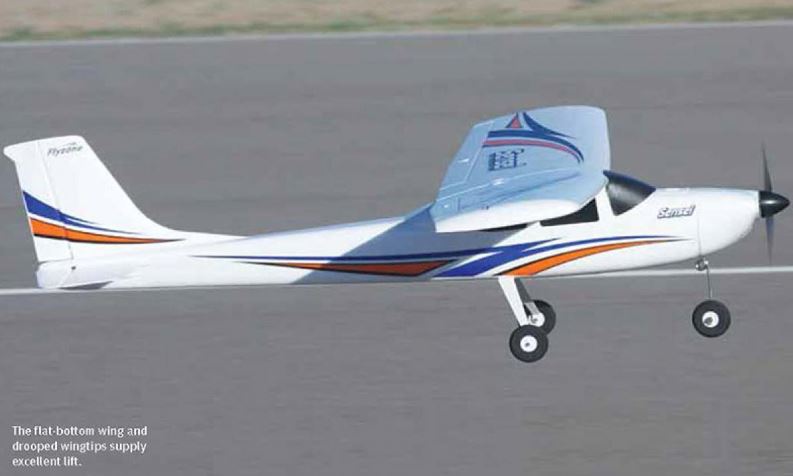 By Michael Heer for Model Aviation

My first flight on the Sensei was with the one Dan Landis brought to the Arizona Electric Festival. I was impressed with its flight characteristics. It is a nice size, tracks straight, and the wing supplies great lift.

The Sensei is a true ready-to-fly (RTF) model with only minor final assembly required to put the large parts together. I didn’t need glue and construction required only two screwdrivers.

The rudder and elevators came attached to the stabilizers. Following the instructions, I operated them to loosen them up. The vertical stabilizer has three guide posts that insert into a slot in the top of the horizontal stabilizer and they installed as one interlocking unit into a recess in the top rear of the fuselage.

The tail assembly was secured in place with one large machine screw, thanks to the molded fittings that positioned the stabilizers in proper self-alignment. The last step was connecting the rudder and elevator clevises to their respective control arms. After ensuring they were properly centered, I tightened the quick connects on the servo arms.

I appreciated the design of the tail parts. It made construction easy while supplying a strong tail assembly.

To secure the propeller to the front of the fuselage, I slid the provided collet propeller adaptor onto the motor shaft and slipped on the spinner back plate followed by the propeller, propeller washer, and propeller nut. I tightened the nut firmly to secure everything and then secured the spinner cone with two self-tapping screws.

The two wing halves slid together on a carbon fiber wing rod that had an attached plastic mounting plate in the center. With the wing halves together, a molded plastic wing connector fit into the mounting holes in the top of the wing and the molded space around them. The two halves were now one wing, ready to install onto the top of the fuselage with the two supplied bolts.

At the flying field, I plugged the aileron servos into the Y-harness and bolted the wing to the fuselage. The battery compartment was at the top front of the fuselage and made installing and removing the recommended three-cell 2100mAh battery a snap. 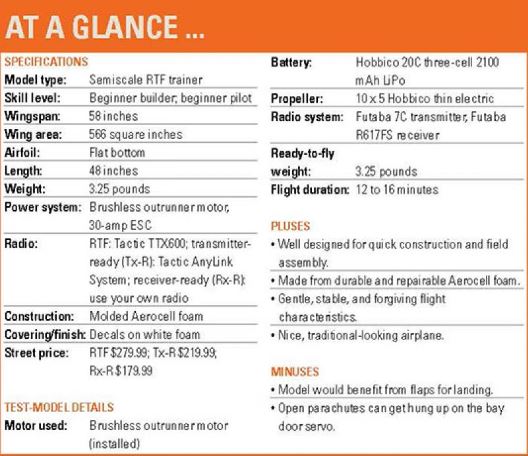 Read the full article here at the Model Aviation archive.

If you are interested in purchasing a trainer model airplane, use our search tool to find a hobby shop near you!